Product Testing by the Sanidumps.com Team I always wondered why (most) RV manufactures only installed tank flushing systems for the black holding tanks, I believe the grey tanks needs to be flushed also since they will also produce sewer gas. 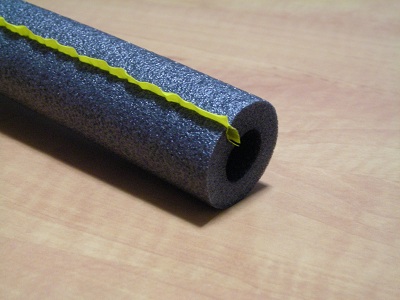 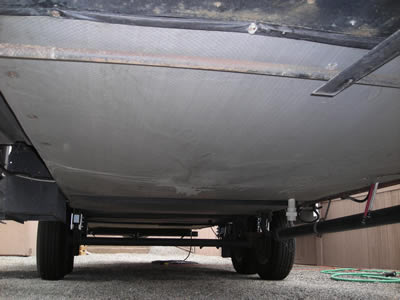 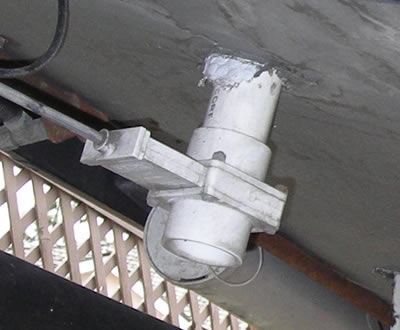 Second Steps - A Must!

Make sure your holding tanks are empty before you start a project like this, you do not want any surprises when drilling the required holes!

Unfortunately I had two issues, the best location per their suggestion would have the flush unit installed on the passenger side of the RV as my discharge valves are on the driver side of the RV. The hose supplied with the kit would not reach across the RV! I also didn't want to be connecting the water flush hose on the opposite site of the RV that the current black flush system is installed on. The second issue I found was that the grey holding tanks on my RV were installed within an inch of the RV frame on the passenger side, so even if the hose supplied with the kit was long enough, I would not of been able to install the flushing kit in the preferred location. 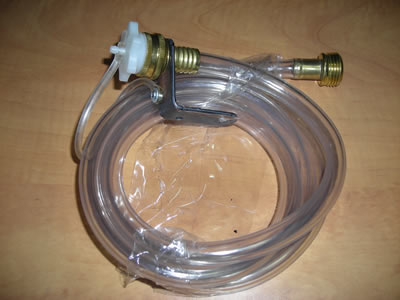 The next step was to cut out the template supplied with the kit for drilling the required holes in the holding tank. 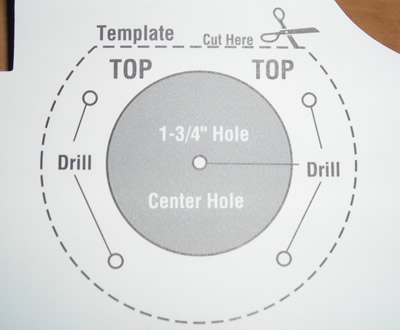 The flushing unit had a washer with a screen, after removing the washer you can see the white back flow valve, this valve is spring load and will prevent any contents of the holding tank exiting via the flushing unit.

I had a choice of having three tank flushing hose connectors on the side of the RV, one each for the two grey holding tanks and one for the original black holding tank and moving the flushing hose to each connector as required or can I use the original black water connector with a garden water Y valve? I decide to go with the garden water Y valve and have only one flush hose connector on the side of the RV. The image below is of the garden water Y, valve I purchased two of them and connected them together. 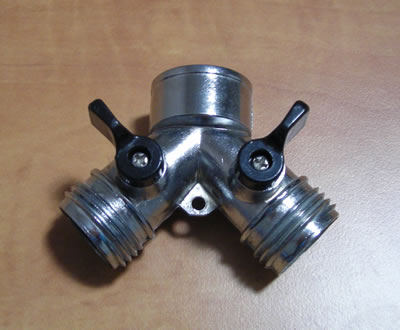 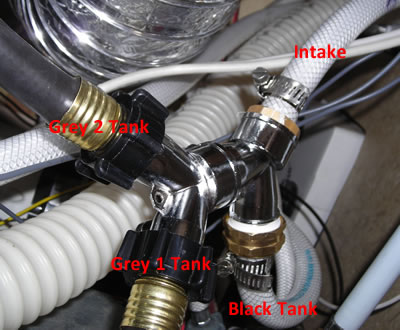 Check for any water leaks before replacing the basement cover (if it was removed).

As I was working on more than one project at the same time, I had emptied all the holding tanks and flushed the black tank as I would normally would do but I did not prep the black holding tank as I normally do to prevent issues with the black holding tank. The other project required that I fill all of my tanks full with water for a calibration process, so there was nothing in the tanks other than fresh water, I thought!

Caution: The flushing kit manufacture and the Sanidumps Team at our seminars always recommends that you use a designated hose for the flushing system and to never use your drinking hose for flushing your holding tanks.

Flushing the Grey Tank #1 which is the holding tank for the shower and two bathroom sinks, I watch the water exit the tank through clear elbow attached to the sewer hose.

I didn't notice anything but water exiting the tank, this is a good thing for the holding tank.

Flushing the Grey Tank #2 which is the holding tank for the galley (kitchen sink). I should also mention here that we wipe our dishes with a paper towel or dinner napkin before washing the dishes, we do this to reduce the amount of food particles getting into the tank so it may be said that our Grey Tank #2 should be clean.

Oh was I surprised!

There wasn't just water coming out of the tank, there's water and food particles exiting the holding tank. With food being a source for sewer gas in the RV holding tank, I continue flushing the grey holding tank until I could only see water exiting the tank. This took about the same amount of time that flushing the black tank would take.

It's too early to tell if the flushing kit for the shower and sink holding tanks is something needed but if you were installing a flush kit for any holding tank(s) I would do every holding tank at the same time.

A flushing kit for the holding tank which contains the kitchen sink waste I believe is something you may want to take a look into. The project can be easy or more complex depending how accessible your holding tanks are but the results I have seen so far is that dumping your grey holding tank does not empty the tank of food particles, even when I fill the tank with water and dump again the food particles were not removed. Flushing the tank with the new flushing kit removed a lot of food particles which I didn't know were left in the holding tank. I believe this will help preventing sewer gas being produced in the galley tank.